You’ve probably come to the conclusion that outdoorsy pets just aren’t your type, that walking a dog or combing the fur off it every other week is just not your thing. The same goes for cats, you just aren’t a big fan of the sass or the clawing, and you’re looking for a friendlier pet.

Gerbils vs Guinea Pigs – Well, the best type of pets is those you can keep in a cage, and they don’t make a fuss about it, but which kind? The fan favorites are gerbils and guinea pigs, so which one is the right one for you? Let’s find out.

What Will I Learn? Hide
1) Gerbils vs Guinea Pigs
2) The differences between Guinea Pigs and Gerbils
3) The Damage (in terms of money)
4) Guinea Pigs v Gerbils
5) Can Gerbils and Guinea Pigs be kept together?
6) How do you tell a Guinea Pig apart from a Gerbil?
7) What are the downsides of keeping a Gerbil?
8) Which one should you pick? A Guinea pig or a Gerbil?

The differences between Guinea Pigs and Gerbils

These rodents don’t usually live that long, unlike dogs or cats. You can expect your Guinea pig to live for a maximum of 7 years. The lifespan for them is around the figures of 5 to 7 years.

On the other hand, Gerbils have an even smaller lifespan, and it ranges from 2 to 3 and a half years. Very rarely you would come across a Gerbil that is 4 years old, because they usually die before turning 4.

You have a decision to make here, because if you’re looking for a pet, you’d want them to grow up with.

Unlike Gerbils who die early, and would leave us grieving and sad, Guinea pigs would be the better option, because we grow fond and attached to our pets, and the thought of them dying is just too sad.

But, if you’re looking for a pet that won’t be around too long, or you need experience before handling a more care requiring pet, then yes, a pet with a shorter life span would be your best bet.

If you’re wondering what the play time schedule looks like, or what time these pets would be most active? It is quite simple actually, Gerbils stay active throughout the day, as they are diurnal mammals.

They also have a type which are like guinea pigs which are crepuscular, which means they are most playful at dusk and dawn.

The interesting thing here is, that rodents like rats and mice can be very annoying and irritating, unlike crepuscular and diurnal mammals, they are fun to be around.

Another thing to also factor in, is your routine with the pets. If you’re working late hours, then it is probably best for you to look towards a rodent such as a rat.

Guinea pigs are very loving, gentle, friendly and empathetic pets. They require love and attention, and get sad and depressed if left alone. They even love physical touch and being babied. So, if you’re looking for a pet like that, go for a guinea pig.

On the contrary, Gerbils are the opposite of guinea pigs. They aren’t as easy to handle as guinea pigs, because they like moving around, and they do it pretty fast too! While they are lovey-dovey the same as guinea pigs, they are hard to get a hold of!

It is no secret that these animals belong in the wild, and are from there as well. Science says that you should buy guinea pigs in pairs, because after all, life is sad if you don’t have someone to spend it with.

Most animals are territorial, and they use the sense of smell as an identification process. The same is the case with gerbils, they pick up the scent and identify a hostile or a friendly. They can even kill if they don’t recognize a scent, so it would be better to buy separate tanks for this pair.

Every Guinea pig owner knows the struggle when it comes to cleanliness, especially the cage. The smell and odor can get so strong, that it becomes physically impossible to be in the same room as the dirty cage.

The best and recommended method to avoid this is, spot cleans. This stops the smell from developing ten-folds, and makes cleaning easier. You should ideally, at least once, clean their cage in a week.

However, Gerbils take the upper-hand here, as they don’t make that much a mess. They don’t create any problems, because they are desert adept animals, and their body is built to conserve fluids for survival. This means they don’t have the smell problem!

Being desert animals means they don’t pee as much as guinea pigs do, which makes cage cleaning so much easier, especially in terms of poop, as their poop is not smelly, and is hard. Which makes removing it much easier, and simpler.

If you’re not looking forward to cleaning cages often, or are lazy to do so, then you would be glad to know, gerbil cages only need to be cleaned once or twice in a month. Pretty cool, isn’t it?

Just be cautious, if you note that the gerbil has a foul smell or odor, it is probably because they are scared, or they might be sick. Get in touch with your vet for a detailed analysis of why that is the case.

If you’re wondering how much it would cost to buy the pets, well don’t worry, they aren’t expensive. If you’re looking to buy a guinea pig, they would cost you about $10 to $35, whereas a gerbil only costs $5-$10. Remember to buy them in pairs though!

Guinea Pigs have a cheap cage, which can be found online for around $35 to $85 bucks. Ideally you should get a big cage, or the ones at the pet stores which come with a water bowl, a food bowl, bedding and a month’s food supply for just $45, pretty neat isn’t it!

But on the other hand, a gerbil’s cage is a bit pricey. They require an aquarium, not a cage with wires. This would cost you around $100 bucks, but look out for used ones which can be found online for about $40 bucks.

If you’re looking to buy them separately, then don’t worry, food containers max out at 15 bucks, whereas water bottles max out at about 10 bucks.

Like any other pet, these little guys have toys too! They aren’t very pricey either, and can keep your pet entertained for days! You can look up various toys online, without breaking the bank.

If you don’t feel like spending here, then that’s alright too, just throw in some toilet paper roll or cardboard, and watch your pet go ham!

Since these pets are small, they require extra attention in their diet, which means it has to be an all-round type of thing. The good part about this is, that this doesn’t cost much either, because gerbil food bills are only 3 to 6 bucks for a month, whereas guinea pig feed is like 6 to 12 bucks.

Can Gerbils and Guinea Pigs be kept together?

While the two might be very similar, and it might be tempting to keep them together, it is, in fact, not a very good idea. What they eat is totally different, as guinea pigs’ diet consists of vegetables and hay, whereas, gerbils have a seed infused diet.

Secondly, despite being very friendly, loving and playful, they might not get along with one another at all, and would be afraid and miserable if kept together.

It is your best bet, to not keep them together, but if you still feel like experimenting, you can do so, just remember to keep an eye on them and not leave them unattended!

How do you tell a Guinea Pig apart from a Gerbil?

Visually, you can tell that a guinea pig would be bigger than a gerbil, that too by a kilogram. Gerbils when fully matured, weigh about 56g to 113g, whereas a mature guinea pig, weighs about 700g to 1.2 kilograms.

Talking about measuring lengths, the Gerbil can only max out to about 4 inches. Guinea pigs, on the other hand, are double in length, and max out at 8 to 10 inches.

Coming towards the facial structure, specifically the ears. Gerbil ears are upright, round and small. A Guinea pig has floppy and large ears.

Gerbils have rear legs that are longer than the front ones, whereas a guinea pig has short rear legs. Which makes guinea pigs look much lower in posture as compared to a gerbil.

While gerbils might be puffy, their fur isn’t long, whereas guinea pigs fur is long. This depends on the breed of the guinea pig as well.

A fun fact, a guinea pig has no tail! But, if you look at a gerbil, it’s tail would be the same size as the size of its body.

What are the downsides of keeping a Gerbil?

Well, let’s start off first by mentioning the day to day upkeep. They are high maintenance pets and will constantly require attention and that their bottles be filled, for their cages and living spaces to be cleaned out regularly too.

You would have to do this daily, which seems quite pain staking and annoying.

Secondly, they live quite less and if you grow fond and attached, you better be prepared to say goodbye soon, because they don’t have a very long-life span and merely live out 4 years, that is if they are lucky.

Which one should you pick? A Guinea pig or a Gerbil?

These two would boil down as the best options for an indoor and friendly and loving pet, and if you can’t decide which one to get then you can read the pros and cons like we mentioned above.

Just remember to shower and pamper them with a lot of love, because they do not live that long and choose the one that matches with your day to day routine as well. Apart from that, you would enjoy having either one as a pet.

If you want a low-maintenance pet, then go for a Gerbil, but if you want a more responsive pet that can be taught things and tricks, then go for a Guinea pig. But remember to buy both in pairs, and they will both require attention and cleaning, there’s no escaping from that. 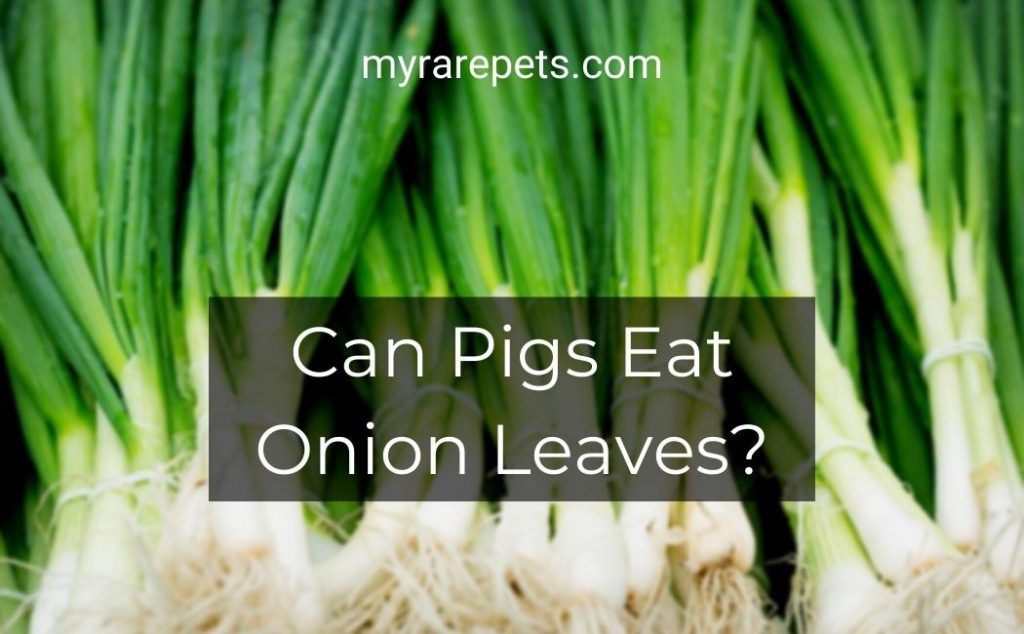 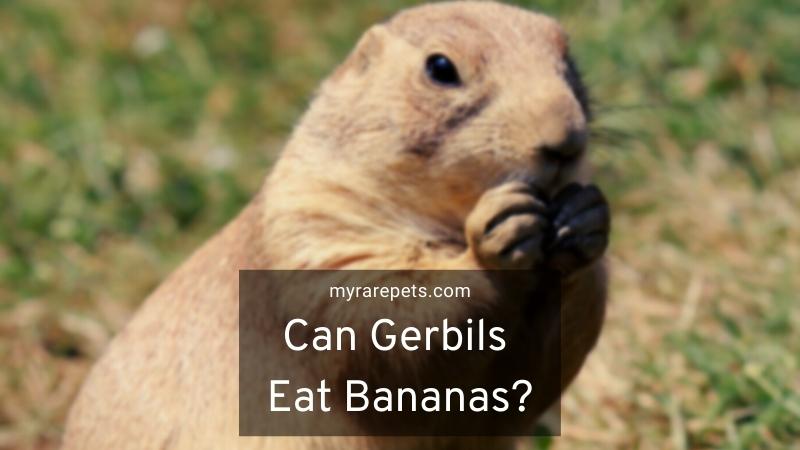