Before we begin identifying whether your guinea pig hates you or not, you must know that naturally, guinea pigs are social creatures, and they always communicate with other entities by expressing their behavioral patterns.

For instance, guinea pigs will freeze when they witness danger from someone or something to show that they are ‘dead.’

If you’ve just gotten a guinea pig or even had it for a long time, you seem to notice behaviors like this.

Guinea pigs are prey animals, which means that most of the time, they are fearful of new surroundings or new people; because of this, you might presume that your furry friend hates you but rest assured that it doesn’t.

What Will I Learn? Hide
1) DOES YOUR GUINEA PIG HATE YOU? SIGNS TO NOTICE
2) MISTAKES YOU ARE MAKING
3) OTHER BEHAVIORAL PATTERNS

DOES YOUR GUINEA PIG HATE YOU? SIGNS TO NOTICE

As I mentioned, these furry paw creatures are social animals, and at the same time, they are prey animals as well, which means that they love enjoying and having fun in secure places, especially in a cage where they can indulge in various playful activities.

Guinea pigs are happy animals which is why their hating their owners is highly unlikely; rather, we mistake some of their habits for hatred when in fact, they are just scared,

so here are a few signs of being sure whether your guinea pig is scared or fearful of you:

A guinea pig will never play in your presence

Since guinea pigs are prey animals, they will run to safety if they feel that they are in the presence of someone threatening. In this situation, a point to notice is how they react around their toys when you are in the room.

If they run to the toy and continue playing with it even if you’re in the room, then there’s nothing to worry about, but if they run away from their toy during your presence, then it is highly likely that they are scared of you and have not bonded with you yet.

An excellent way to encourage their playful behavior would be to probably give them small treats like cut-up pieces of eggplants so that they can become closer to you and be less fearful.

Do you know how we heard stories of parrots acting dead when they want to escape or are scared of their owners? Well, guinea pigs are not entirely different.

They will run towards safety or hide behind their spinning wheels if they are anxious around you because of their natural prey instinct kicking in.

In the wild, guinea pigs freeze when they sense any reptiles or predators in the surroundings, so if they are doing the same in your presence, it just means they are scared.

But remember, no bond builds overnight, so you should give space to your guinea pig and wait for it to accept your presence around it.

Guinea pigs are generally social animals, which means that if they are not indulging in fun activities with you or even if they are not accepting any treats from you, it is highly likely that they are just pissed off at you.

Just as a child gets moody when you don’t get them something, guinea pigs get upset if you take away their favorite treat and replace it with a new one, but not to worry because this behavior typically only lasts a day.

However, we recommend that if this behavior prolongs for more than a day, then getting them checked by a vet might be a good option since many guinea pigs stop interacting and seem disinterested when they are not feeling well.

If nothing is wrong and their disinterest continues, then maybe shifting back to their old treat to make them happy again will be ideal. We always recommend that when changing treats, it is better to do it subtly rather than just abruptly ending their favorite treat since it makes them angry and frustrated.

A guinea pig will not allow any petting!

But keep in mind that sometimes guinea pigs just need time to adjust and just like how our waves of anger go away with time, so does guinea pigs’ anger as well. It is most likely that they will start calling for you themselves after some time because, at the end of the day, they do love you.

Knowing that not all guinea pigs are the same is crucial. While some guinea pigs love being cuddled and caressed, others might dislike it, so don’t mistake it for hatred or disinterest. Simply give them time.

Like any other creature, guinea pigs can also show aggression and frustration. No matter how happy a guinea pig is, you will know they are angry when they start biting, hissing, or scratching you.

Sometimes, guinea pigs who are not being fed properly, are constantly disturbed, or mistreated resort to showing signs of aggression, but always remember that there is a reason behind such behavior, so i,t is better to keep observing what exactly makes them mad.

Personally, my guinea pig becomes extremely frustrated when it meets new people and vociferous people who keep poking at their cage, so it is better to observe their behaviors and see what is bothering them.

FEAR AND ANXIETY ARE WHAT ADD TO THE HATRED

As pet owners, we understand how soul-crushing it can be not to be able to connect with your pet even after doing everything you can but let me bring ease to your mind. It is natural for your little guinea pig to feel distant simply because they are prey animals.

Guinea pigs have an evolutionary trait to save themselves whenever they sense danger, so stop presuming that your guinea pig hates you; instead, try to look for more rational reasons behind their behavior.

Since guinea pigs are prey animals, they have always kept themselves on high alert, trying to blend in with the environment, not making sudden movements, freezing, or even hissing are all ways for them to protect themselves.

In your little cavvy’s mind, you are the villain here to rip them apart and eat them. While this may sound funny to you, this is a fact and how a guinea pig perceives a human, and it takes a lot for them to build a trusting relationship with you. Don’t worry about this because this behavior is just their survival instinct.

Your piggies don’t necessarily hate you; they are just scared, so give them time. Sometimes, we as pet parents can become highly overprotective and make mistakes in the process, which can further heighten a piggie’s sense of fear. You’re probably wondering what those mistakes are. Well, keep on reading.

MISTAKES YOU ARE MAKING

Running after your Guinea pig when they run away from you!

This is easily the biggest mistake we, as pet parents, can make. When your guinea pig runs away from you, it perceives you as a predator whose here to eat him or her alive, so when you run after them in their cage in the hopes of them hugging you, you’re actually instilling more fear in them.

You’re basically an angry predator trying to catch them on the run, so chasing them is most definitely the worst idea. Let them realize on their own that you are not a danger to them, so putting food rather than chasing them will slowly make them realize that you’re not a risk.

How to solve this? Easy. Let them adjust to their new environment and rather than chasing them around their cage, maybe putting some bits and pieces of veggies will make them more secure and no longer perceive you as a threat.

Not being able to give your Guinea a peaceful environment

This may sound mundane to an average human because you might think that a peaceful environment is no sound or slow music, but for our guinea pigs, it’s a bit different.

Some mistakes in disrupting a peaceful environment are:

Just because they peed on you does not mean they hate you!

Quite possibly, the worst assumption we can make about guinea pigs is that if they pee or poop on you every time you hold them, then they most definitely hate you when, in reality, it’s quite the opposite.

Guinea pigs pee and poop around 150 to 200 times per day, so don’t hold a grudge against them for this, and don’t assume that they hate you. Guinea pigs cannot immediately consume all the nutrients they eat, which is why they frequently pee, so don’t get upset when this happens.

Not washing your hands before holding them!

If you’re a mom who just finished cooking or a kid who just finished playing with his slime, then it might be possible that your guinea pig is simply running away because they don’t like the smell of your hands.

It is always better to wash your hands before and after holding your guinea pig because sometimes your hands’ smell might be why your piggy is running away from you.

Not giving your little guinea pigs their alone time

We all love cuddles with our guinea pigs and taking them literally everywhere with us, but imagine if you are being dragged to every store by your mom even if the store has nothing to do with you, it gets tedious and exhausting; right?

Just like how you need your me-me time, your guinea pig needs some alone time, so always cuddling and holding them tightly can make them more distant from you.

Instead, let them sit in their little homes and play with their toys while munching on some snacks. Trust me; your furry little potato will be immensely happy if you give them their own time.

MAKE YOUR GUINEA PIG LOVE YOU BY DOING THIS!

It might feel like the end of the world when your guinea pigs run away from you or don’t give you the interest you were hoping to receive but not to worry because we recommend the following tips to increase your bond with your little guinea pig.

Guinea pigs have a way of communicating, so we are going to list a few more behavioral patterns of guinea pigs and what exactly they mean:

We hope that you understand that your guinea pig does not hate you per se; they might just be feeling frightened of a new environment, or maybe their prey animal instinct is kicking in, so just try to observe their behavior and give them enough time to settle in. 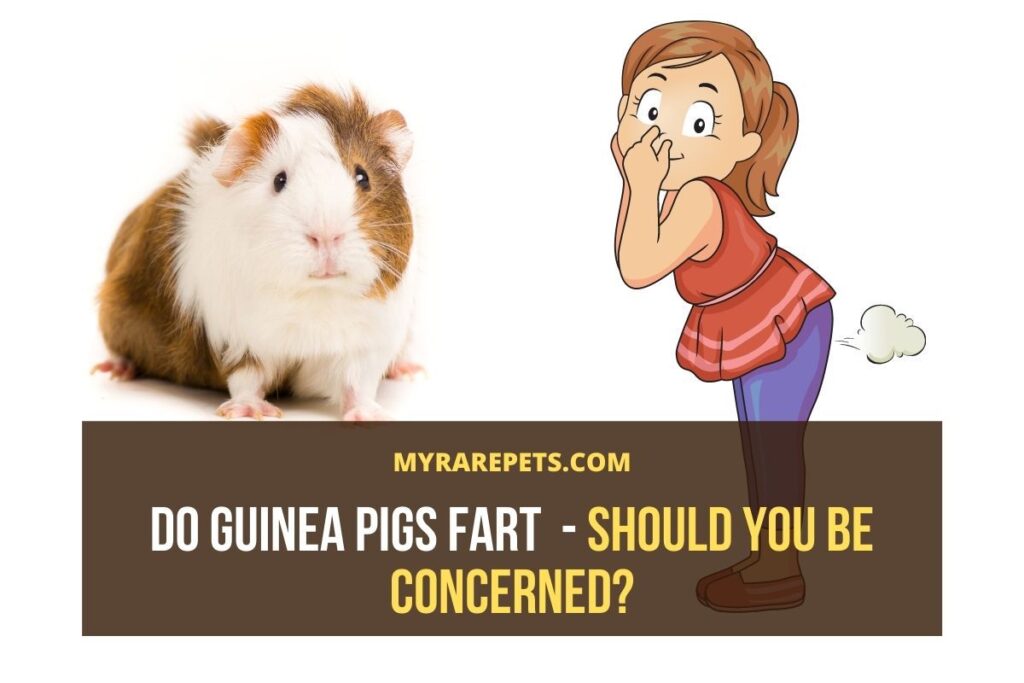